Sakrisøy is Lofoten’s most precious gem. It is a tiny, picturesque island linked to Reine and Hamnøy by bridges and painstakingly fashioned causeways. The island boasts traditional architecture – ochre-coloured fishermen’s cabins (rorbu) and shiny white squire’s mansion, fish landing station and warehouse, fish racks and a towering fishing net rack. The narrow road meanders its way across the island like a steel wire, dividing it more or less in two. The sea can be seen on all sides, together with some of the oldest among the majestic, sheer and jagged Lofoten mountains. Sakrisøy is a feast for the eyes, full of charm and steeped in fisheries culture, legend and a fascinating history. 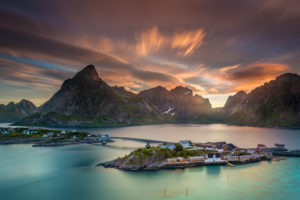 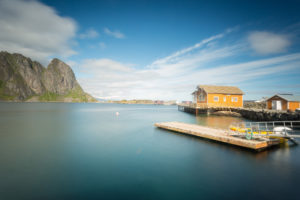 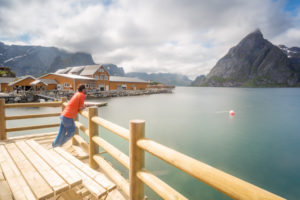 Sven Kornelius Gylseth bought the island of Sakrisøy in 1889 and built the manor house there. He was originally a headmaster in Steigen on the mainland, but was also public guardian and overseer of the poor. In Sakrisøy, he ran the country store, which was a large shop at the time, but his main profession was fish buyer. 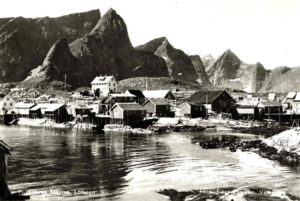 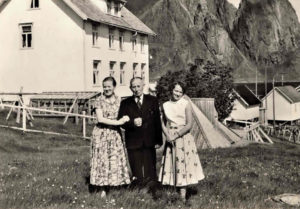 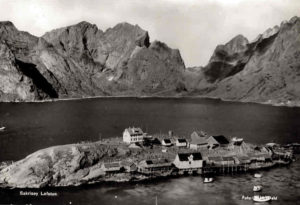 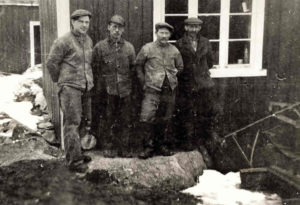 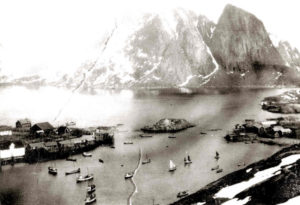 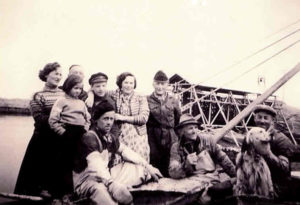 Ole Moen and Olstind Cabins share the same roof. The building is a typical fisherman’s cabins (rorbu) built in Steigen, in 1874, and rebuilt in Sakrisøy, in 1928. They have, however, been moved a number of times since then. The Highways Department expropriated a parcel of land in conjunction with the construction of the road, and the building had to be moved. In 2012, Anita and Tor Erik Gylseth filled and levelled out an adjacent site and relocated the cabins there, but in 2014 they were moved once again, this time out onto what was once an islet, where they stand today.

Cabin Olstind was named, obviously, after one of the most famous mountains in Lofoten, Mount Olstind, that is visible from Sakrisøy, Reine and Hamnøy. The view from the lounge is magnificent – a textbook example of natural, scenic beauty.

Cabin Ole Moen was named after a fisherman from Brønnøy who had Sakrisøy as his base for 30 years. The cabin has been meticulously and tastefully renovated and modernised inside, while still retaining much of its old style and character.

As we look out across the Reinefjord from Sakrisøy, the iconic Mount Olstind towers up in the foreground. The gneiss of which the mountain is comprised is about 2.8 billion years old, and as a photo motif this craggy mountain peak has probably been captured equally as many times. The bedrock here is among the oldest in northern Europe and it was the glaciers and the tough climatic conditions that created these spectacular, jagged formations. Sakrisøya is also set against a striking backdrop consisting of the mountain peaks of Reinebringen, Kista, Veinestinden, Hammarskaftet and Navern – a mountain range that frames the tiny island in a spectacular fashion, and which has also been photographed innumerable times due to the raw power and majestic beauty of the motif. 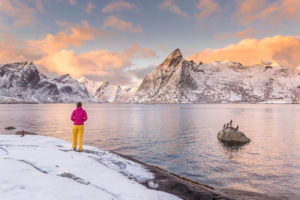 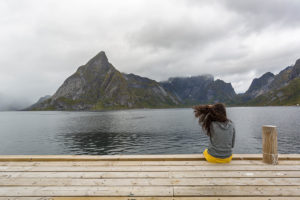